for mezzo soprano, guitar and electronics

Commissioned by Orpheus Duo with support from the Danish Arts Foundation.

Close Orbit was commissioned by Duo Orfeus and premiered as a theater concert in 2005. The work consists of eight songs based on poems by the ancient Greek poet Sappho of Lesbos (ca. 620 – 570 BC). Reliable sources (including Plato!) have described Sappho as being one of the greatest poets of her age. Yet nearly all of her works have been lost, only a few small fragments remaining.

Some of these fragments freely adapted by the composer comprise the lyrics for Close Orbit. The songs are intertwined with electronic sounds and interludes. A version of this work entitled Sappho Fragments includes the eight songs without electronics. 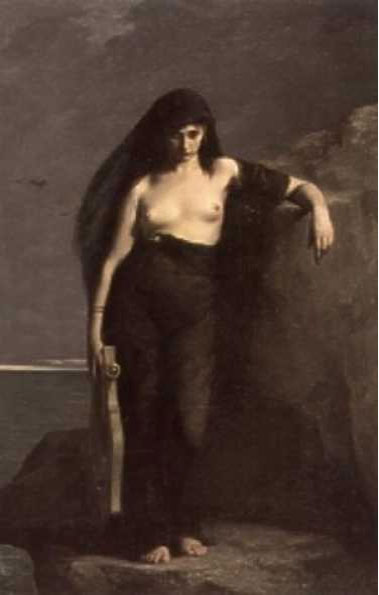 On Beauty
Some say the most beautiful thing on this dark earth is an army of horsemen, some say an army of foot soldiers, others again say a fleet of warships, but for me it is the sight of my lover

Yearning
I yearn, I seek.

Insomnia
Dark-eyed sleep Child of night You have forgotten me.

Sappho’s Lullaby
The Moon has left the sky, The Pleiades have also gone. It is midnight, And time slips by, But on my couch alone I lie.

The Apple
At the end of the bough, the very end Overlooked by the harvesters Ripens the sweet apple No, not overlooked, But far out of reach