for 4 voices and computer processing

Recorded by Singcircle on DaCapo Records.

On July 11, 1991, one longest total solar eclipses of this century could be observed in a zone stretching from Hawaii in the west to Columbia in the east. The totality – the span of time in which the moon completely blocks the sun – had a maximum duration in an area in the western part of Mexico. I was fortunate enough to be able to witness this total solar eclipse in San Blas, a small fishing village on the west coast of Mexico, where a hand full of very different people from all over the world were brought together at the harbor to experience the event. The totality occurred almost exactly on the stroke of noon. As early as 11 o’clock it began getting gradually darker, and just before totality, a wall of darkness could be seen rushing towards us over the ocean. Suddenly it was dark as night and we could look directly at the sun without protective glasses. What we saw was the large disc of the moon surrounded by a ring of fire – the atmosphere, or corona, of the sun. Huge flames, called protuberances, projected outward like long fingers. The totality lasted about seven minutes, after which the sun’s blinding rays, and daylight, gradually returned. 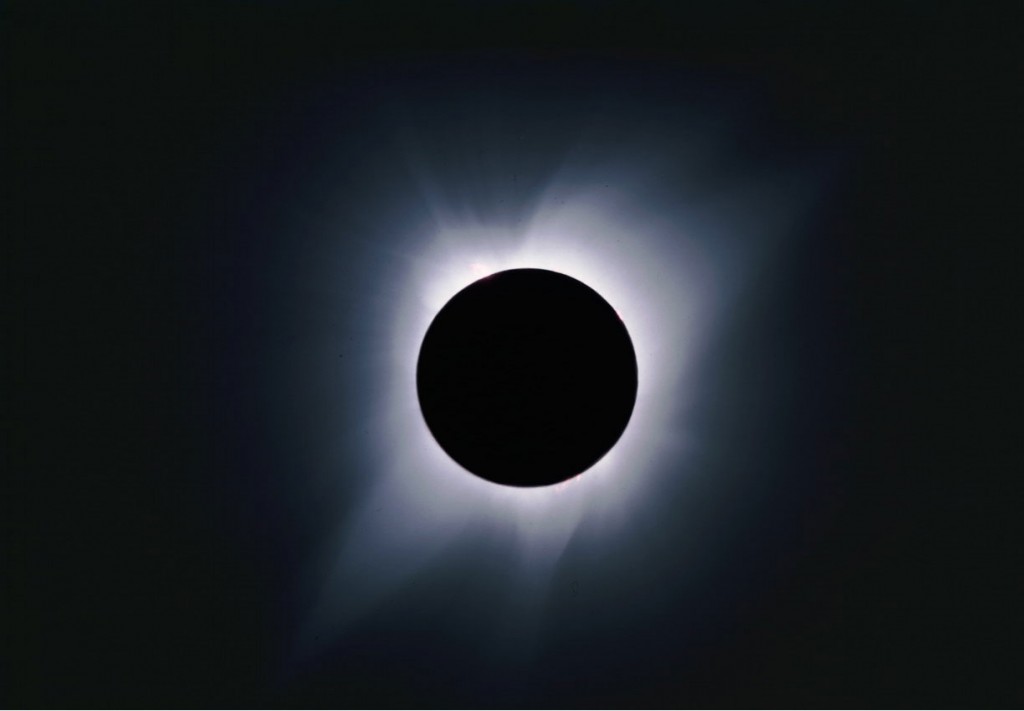 The piece Eclipse for four voices and electronics is inspired by this experience. The piece uses four texts written by the composer based on four roles or imaginary characters represented by the four singers: 1) Soprano – the curious child (in Mexican Spanish), 2) Alto/Mezzo – the worried mother (in Mexican Spanish), 3) Tenor – the nervous tourist (in English), 4) Bass – the astronomer father (in English). The voices are treated electronically using various effects, which are controlled in real time by a Macintosh computer during performance using a program written by the composer in MAX. The sound processing effects include various types of filtering, delays and spatialization. The texts are digitally transformed into a type of sound collage in which the meaning of the words cannot be understood. In some of the sung passages, digital delays are used to create a rhythmic canon together with the singers. In other passages the processing is used to transform the spectrum, spatial location and reverberation of the voices. Eclipse was commissioned by the British vocal ensemble Singcircle with support from the Danish Arts Council.