This organ concerto was commissioned by the Aarhus Symphony Orchestra with financial support from the Danish Arts Foundation and The Royal Academy of Music in Aarhus. The concert is dedicated to the soloist, professor Ulrik Spang-Hanssen. My collegue Ulrik Spang-Hanssen and I had agreed to collaborate on a new work for orchestra and the planned new organ already about a year before the wonderful Klais Organ was completed and inaugurated in the Symphony Hall in the Aarhus Concert Hall.  The concerto is perofrmed in three movements without interuption. Sources of inspiration include the rich classical organ tradition and concerto form and minimalism, but also electronic music and film music, from Hollywood to Bollywood. The work was premiered on March 1st, 2012 by the Aarhus Symphony conducted by Douglas Bostock.

The concerto was released as a CD in 2019 featuring Ulrik Spang-Hanssen as soloist performing on the magnificent Klais organ in Aarhus Symphony Hall.
https://cdklassisk.com/…/siegel-concerto-for-organ-orchest…/ 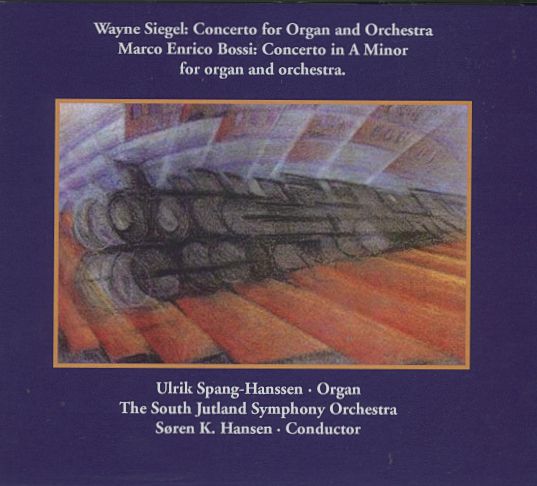 Download programme note as PDF: Concerto for Organ and Orchestra